END_OF_DOCUMENT_TOKEN_TO_BE_REPLACED

1. You feel really smooth when you use your Oyster
2. You WILL bump into people more than you think…
3. …and when you do it feels like the greatest thing ever

4. When you understand the tube map you’ll realise how painfully simple it is
5. Everyone knows someone who lives there
6. Online dating is totally acceptable
7. No matter what you want to do with your career, you can do it in London
8. The Natural History Museum is totally free
9. As is the Science Museum
10. And the British Musem
11. And the Tate
12. And the Tate Modern
13. OK, naming all of them would probably be cheating – but there are a whole world of free galleries and museums
14. There are 4500 pubs & bars
15. Sitting in the park on a summer’s day
16. You don’t have to be nice to strangers
17. There are hundreds of thousands of single people
18. You see famous people all the time 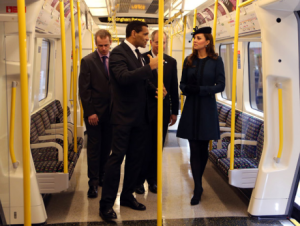 19. You feel really smug when you go back home and tell your friends about London life
20. It’s one of the most ethnically diverse cities in the world
21. Whatever type of food you want, you’ll find it
22. Your commute will take you past some of the most famous landmarks in the world
23. It rains a lot less than it does in the north
24. The view from Waterloo bridge looking east
25. The view from Waterloo bridge looking west
26. Drinking by the Thames
27. Yes, it’s more expensive, but you’ll earn more there than anywhere else
28. Topshop on Oxford Street
29. Westfield Stratford is the largest urban shopping centre in the EU
30. The Olympics showed that all Londoners can be nice when they want to be
31. Miss the countryside? There are urban farms
32. Once you know you way around there is no greater feeling than a tourist asking you for directions and you actually knowing the answer
33. The fancy double doors on the Jubilee Line 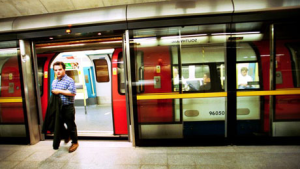 34. Markets. So many markets
35. London gets less rain per year than anywhere else in the UK – just 700mm, compared to 1200mm in Cardiff
36. People who live in London live 5 years longer than the national average
37. Every band who tours plays in London
38. You can just hop on a train to Paris when you get bored
39. It’s home to some of the most famous sporting venues in the world – Wembley, Twickenham, Lords, Wimbledon…
40. Home is always just a few hours away
41. You can never be bored with TimeOut telling you what to do
42. Nightbuses. You can always get home thanks to nightbuses
43. The top deck on nightbuses: the party continues
44. Stunning views from The Shard, The London Eye and Primrose Hill
45. EVERYONE goes for drinks after work
46. You can always drink without worrying about how you’re going to get home. NO ONE drives
47. Want to still feel like a student? Move to Clapham
48. Infernos 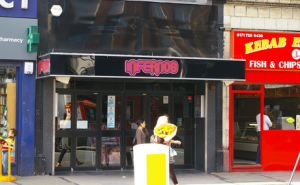 49. When it rains it never lasts that long
50. Running along the river makes running much less depressing
51. When you watch the Apprentice you’ll be able to recognise everywhere they go
52. If leaving uni is making you feel old, moving to London will make you feel young again
53. There are a seemingly endless number of high-end burger restaurants
54. Getting angry at tourists who are getting in your way is weirdly liberating
55. Boris
56. Curries on Brick Lane
57. Laughing at the word ‘Cockfosters’
58. In depth conversations with taxi drivers
59. Warehouse parties where no one looks twice if you enter wearing a horse’s head
60. You’re always going to meet someone who is stranger than you
61. Free gigs – up and coming bands that can either be sh*t or become mega superstars
62. Sample sales
63. Vintage markets
64. Boris bikes

65. There are endless exercise fads for people who hate the gym – e.g. sober disco dancing
66. It’s a great place to be single
67. It’s a great place to be in a relationship
68. Musicals
69. Fringe theatre/ performance art: where else can you see a woman crack an egg using her lady parts? OK, maybe Bangkok.
70. When you live here, you can do all the tourist things during off-peak times
71. Retrace favourite film character’s steps: Notting Hill, 28 Days Later, Harry Potter…
72. Christmas markets the size of your uni town
73. Top hairdressing schools = free hair cuts galore
74. Book exchanges = free books
75. People back home will think you’re really tough for living in London
76. Museum Lates – you can get drunk AND learn
77. Zoo Lates – you can get drunk AND look at animals 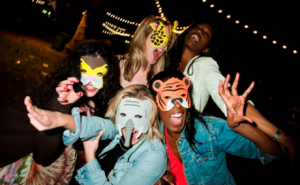 78. You can watch a play at the Globe for a fiver
79. There’s always a house party
80. There’s always an after party
81. There’s always a new street, a new park , a new pub to discover
82. Love hipsters? East London is your Mecca
83. Hate hipsters? Move to South London. They’re too scared to cross the river
84. When friends visit you feel really smug about how scared they are
85. The Queen lives here
86. You’ll almost certainly bump into Prince Harry on a night out
87. When you leave work your town is coming alive not winding down
88. There are outdoor swimming pools all over the city
89. Fourteen-and-a-half million tourists visited London in 2010, ranking London the most visited of all European cities. They can’t all be wrong
90. Wherever you go on holiday it will feel cheap by comparison
91. We have buildings called things like the Gherkin, the Shard, the Cheesegrater and the Walkie Talkie
92. The circle line pub crawl has 27 pubs
93. We throw a great party… 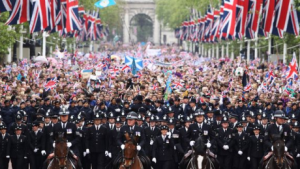 94. You’ll fall in love on the tube around 17 times a day
95. Everyone passes through London at some point, so you don’t have to visit anyone
96. You can go out on any night of the week
97. In the summer it’s always hotter in London than anywhere else in the country
98. There are more hot people here than anywhere else
99. There are a LOT of airports if you need to get away